City Limits was part of history last night – playing in a hanger at RAF Lossiemouth at the party to mark the disbandment of XV Squadron after 102 years.

This was definitely our biggest venue to date – two or three hundred people (maybe more – it was difficult to judge) in a space also occupied by bars, food stalls and three jet aircraft, yet which still looked and felt half-empty.

Doubtless for many of those involved it was a sad occasion, which may explain why most seemed to prefer drinking and talking to dancing. But we had a mostly good time (Keith’s mystery guitar breakdown was resolved after several panicked minutes, during which Jenna sang It’s All About That Bass backed by just Sam and me) including the luxury of our own chill room, aka one of the staff offices, supplied with complimentary drinks. Shame I had to drive home.

All being well there’ll be good enough feedback for us to be invited back to entertain the remaining aviators later in the year. And after a silent month it helped rub off some rust before April’s six gigs begin next weekend with two nights at Parkdean resorts in Nairn and Embo. 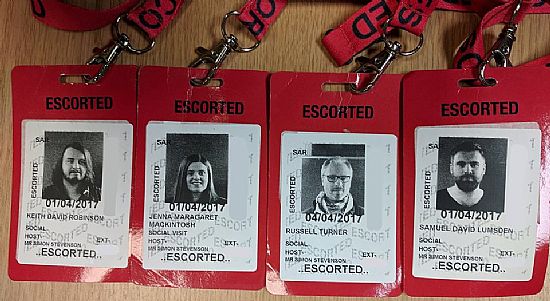 Our photoshoot before the gig. 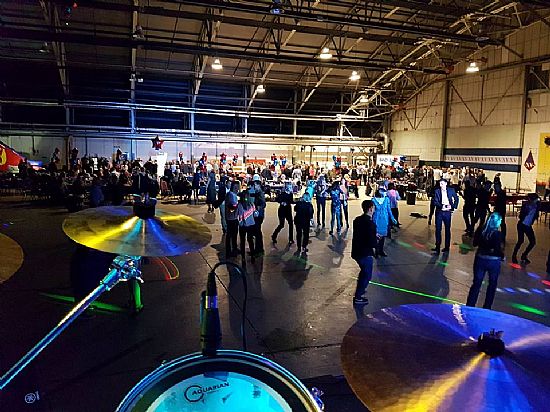 The view from behind Sam's drums.

The jets that shared the hanger.