A Walk In The Woods

Just two days after wintry weather drove The Pride indoors for the day, today looked as though spring was really beginning. Even a few daffodils have appeared. The down side is that I’m running out of excuses for not beginning The Great Garden Tidy-up.

But I avoided work for one more day – after all, Matchgirl is sunning herself in Portugal – and instead spent part of the afternoon strolling in the woods with The Pride (after they’d recovered from the shock of a rattling tractor passing close by).

As usual when we’re in this patch of outdoors, Willow and Pandora pretended to be squirrels: ie, The Tabby Terror chased The Grey Streak up a tree. 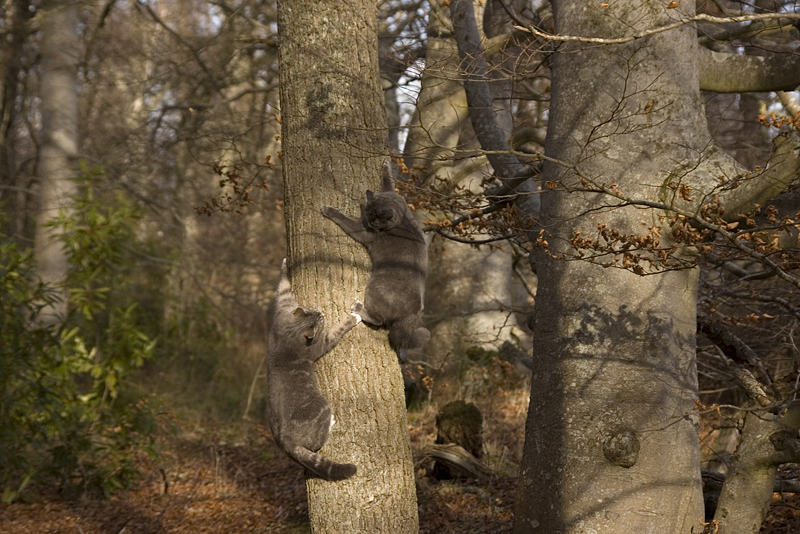 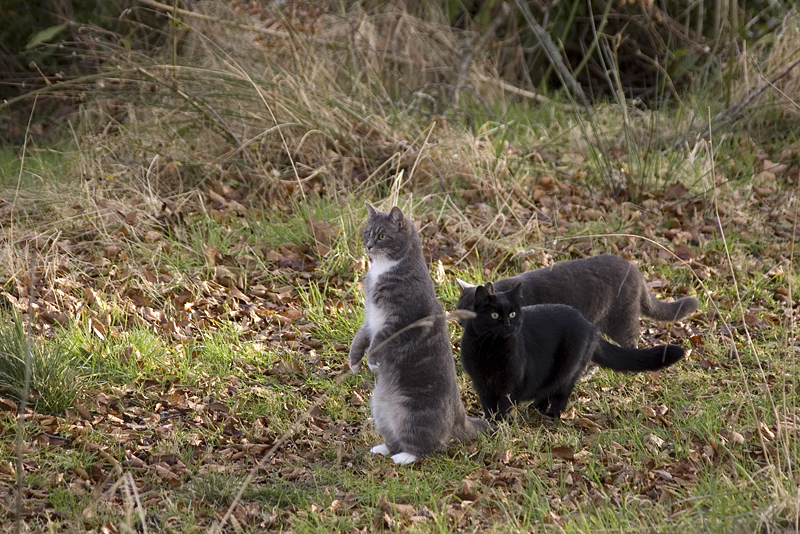