Return Of The Invalid

Matchgirl left for Shetland a week ago suffering from what she thought was the last stage of The City Limits Virus. She returned today, still suffering and still barking. It’s a monster. Maybe it's as well for both of us that tomorrow I depart on a weekend away.

Two-thirds of The Pride exhibited total disinterest in her return. Only Maia showed anything approaching enthusiasm, and that faded when food was not immediately forthcoming. Cats don’t care.

In her absence, the rapid approach of spring has encouraged all three moggies to demand a human companion for outdoor walks (apart from on Wednesday when the rain varied from heavy to torrential). Much leaping, chasing and scampering took place. Local wildlife will have to take increasing care. 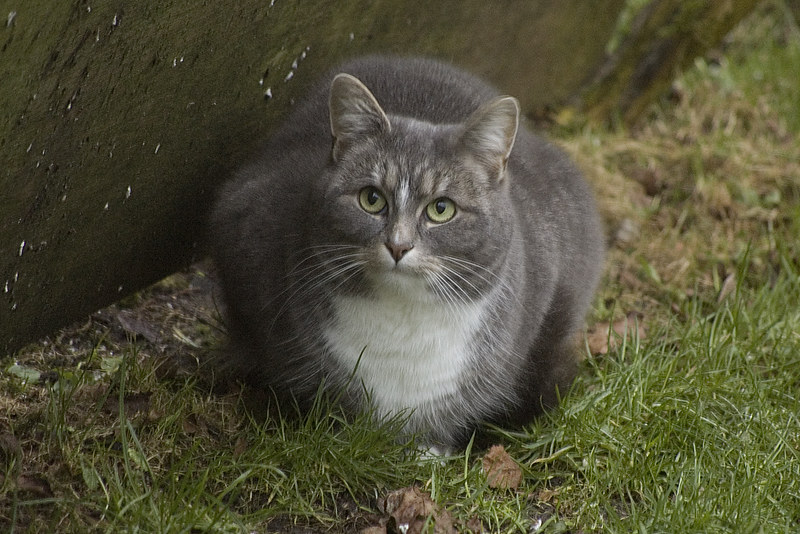 Pandora lurking beneath the feeder by the garden gate.

Birdlife still flocks to the feeders every day, among it today a rare garden visitor, one I’ve never before seen taking advantage of free seed – a common (I think) redpoll. In the past I’ve only seen them dining on natural food. He was mostly hidden by the feeder so I had the chance to snap only one shot before he left. 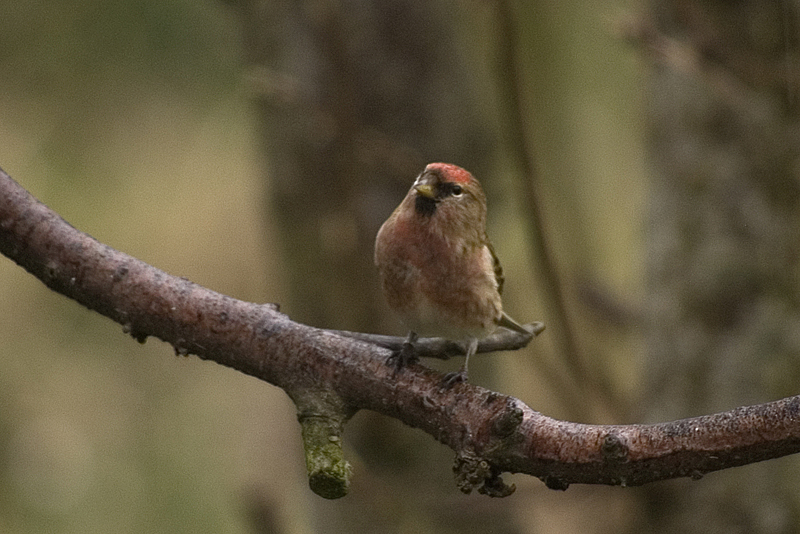 The only shot I was able to take of the redpoll.