It’s been one of those days that Matchgirl doesn’t like to acknowledge – another birthday. I won’t say which one.

My card for her (which is non-age-specific) features Maia’s evil twin, although Pandora may see little difference between the two – our black cat has picked on the innocent tabby on several occasions since returning from the monthly vet visit yesterday. The indignity of having her nails clipped must have been too much to bear. 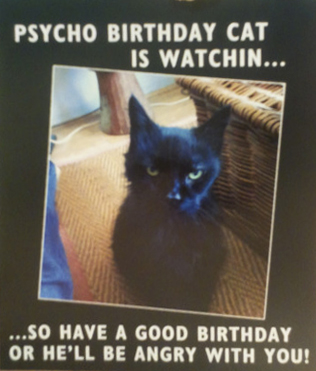 Matchgirl’s lack of birthday spirit didn’t run to turning down the treat I’d organised for her. It’s four years since we’ve spent a night at Boath House (which, strangely enough, coincides with the length of time that The Pride has shared The Rural Retreat) so afternoon tea there was a small consolation. Scones, jam and cream; posh cakes; sandwiches with the crusts cut off; Prosecco and tea (not in the same receptacle). Well worth the seventy-six-mile round trip via Inverness and Nairn. 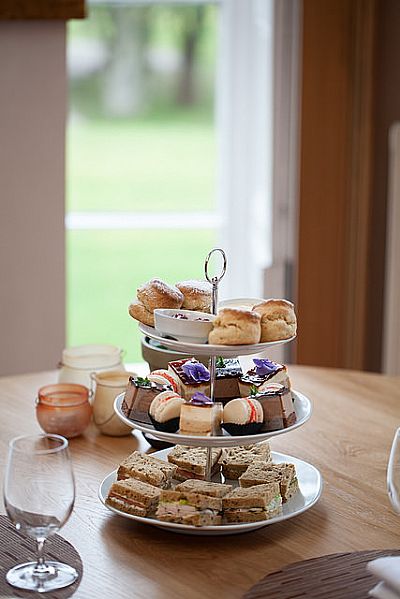 Last night’s City Limits Lite gig in Nairn ended early enough for me to be home at a sensible time – being the warm-up band does have its advantages. And we were sounded out about a gig at Aviemore Macdonald during next year’s Thunder in the Glens.