Jacko’s Bar in Nairn is under new management, so it was just as well that last night’s City Limits gig went well with lots of second-half dancing (including the landlady) and interest in our return. The management is keen to give us many bookings next year. The future continues to look promising.

Matchgirl had departed on her latest Shetland sojourn earlier in the day which meant that when I left The Rural Retreat at 7pm The Pride was still expecting its usual 10pm supper. Cats like their routine. Returning at 2pm I expected to find sleeping, unconcerned moggies. The reality was three famished felines who’d stayed downstairs and made it quite clear that they’d noticed the lack of snacks. You can’t fool cats.

I’d hoped for a lie-in after their late night, but Maia was her usual starving self at 6.30am, although I did make her wait until 8am before I rose. Matchgirl wouldn’t have lasted ten minutes. 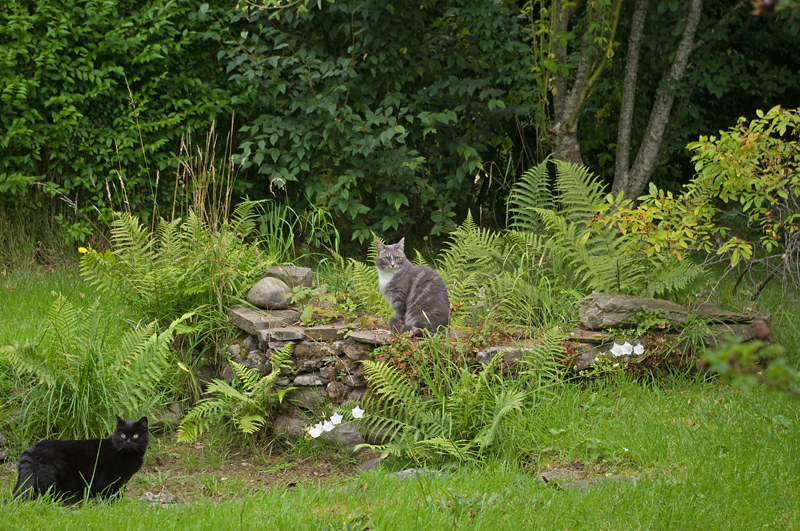 Pandora and Maia pose among the ferns during an outing yesterday. This was taken with the K-x but the K100D continues to behave itself. Maybe I won’t have to invest in new equipment after all.