Back From The Dead

Reports of my Pentax K100D’s death may have been exaggerated. Since reinstalling the firmware the camera’s behaved itself on the few occasions I’ve used it. I’ll have to grow to trust it again.

My on-loan K-x has also seen action a few times although only one snap has been deemed worthy of avoiding the delete bin. Unsurprisingly, it features a cat – Maia proving that when the sun shines she’s as happy on an outside windowsill as Tess was and Pandora is. 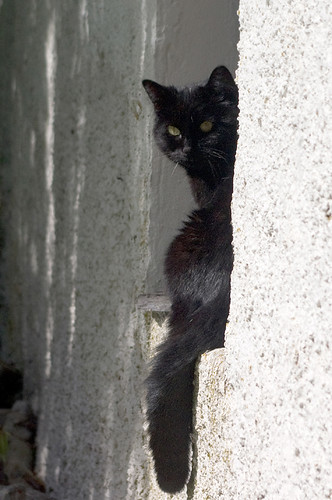