For a while, my Pentax was not happy. Sometimes the shutter would refuse to click, the whole camera would freeze and the only way I could turn it off and on again was to remove the batteries. Then the problem became more frequent. Now it appears to be permanent. My K100D has reached the end of its life.

We’ve been together longer than I’ve known Matchgirl, so you’ll appreciate what a trauma I’m going through. The camera may be ancient technology compared with more modern (ie six-month-old) photographic equipment, but it did what I wanted, without fuss, helped me earn my LRPS and contributed to two books. It’s a sad loss.

After ruling out most possible causes of the Pentax’s malaise I’m left with either corrupted software or malfunctioning hardware. Investigation and repair (if possible) by the experts will cost much more than the ten-year-old camera’s worth, especially as it was a low-end DSLR to start with, so the search is on for a replacement. Secondhand from eBay is asking for trouble, and something new is beyond my pocket until City Limits hits the big time, so at the moment I have use of a Pentax K-x, loaned by a friend who’s abandoned it in favour of a compact camera.

One of the K100D's last snaps, you'll be unsurprised to learn, was of a cat: Pandora, in almost the same pose as our previous, much-missed, tabby. The spirit of Tess lives on. 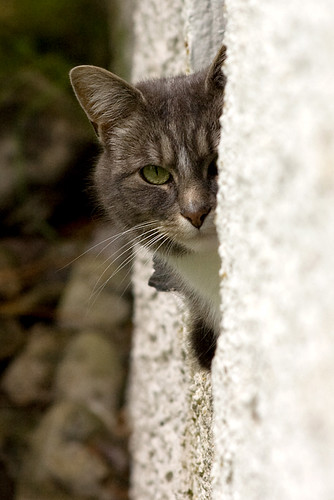 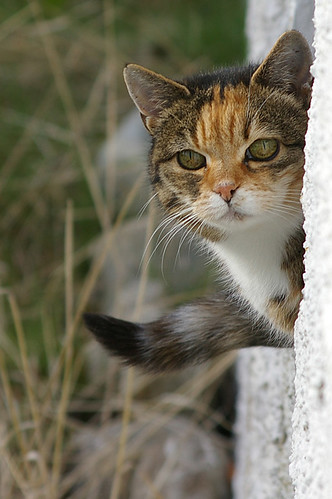 Pandora and Tess – tabbies past and present.

Relying on City Limits to fund future purchases is a leap of faith. After a disappointing gig last night at The Gin Hut, where we started and finished by playing to no-one except bar staff, and had an audience of around sixteen people at its height, we'd looked forward to cheering ourselves up tonight at the Bandstand in Nairn. But the lurgi Keith struggled with last night caught up with him today and the gig's been cancelled, with unfortunate effects on our income.

The good news is that we've three gigs next week. Maybe I will be able to buy a new camera after all.