Pusses On The Prowl

The post-election Brand New Scotland enjoyed its first day bathed in sunshine on what must be the warmest one so far this year. The Pride enjoyed it too and made the most of the outdoors, especially Willow who returned at least twice to show off her prowess as the Black Isle's top lizard hunter. Two rescues were performed, but how many more reptiles lurk in The Rural Retreat's nooks and crannies remains to be seen.

Other felines are also abroad, including Mystery Moggy No1 (still chief suspect in The Case of the Disappearing Pine Martens – we've yet to see one in daylight this year). She, or possibly he, may be a nuisance, and definitely causes angst among resident cats when their paths cross in the garden, but it can't be denied that the visitor is a handsome one. 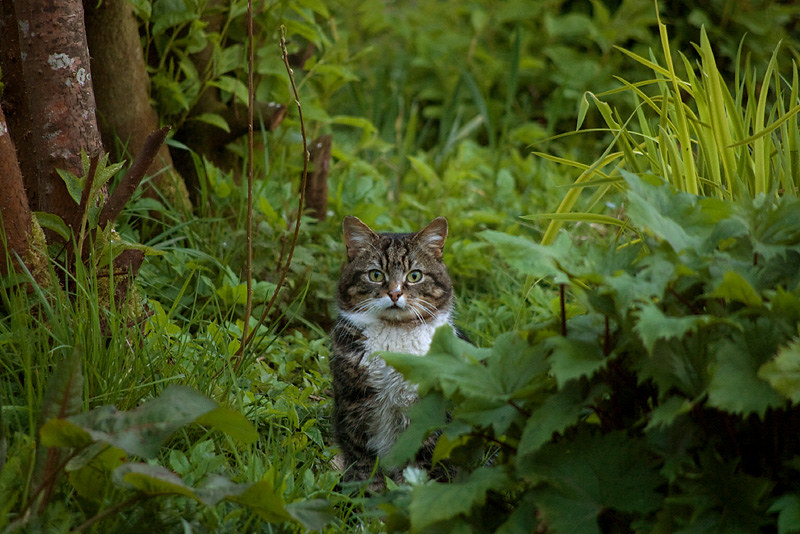 The snap was taken a couple of nights ago as MM headed toward the Nutella-laiden garden gate. Usually the insolent intruder ignores my presence and climbs the gate anyway, so the fact that this time she was content to lurk in the undergrowth and stare at me suggests that she wasn't desperate for chocolate. That or she'd eaten someone else's dinner elsewhere.