This blog used to be filled with pine martens, but that was in the good old days when we could guarantee to see them frolicking around The Rural Retreat in daylight, before their space and food was stolen by mystery moggies.

I'm optimistic that those days will return. The martens are still around at night, and maybe this is the year when we'll enjoy lots of daylight sightings again, so here's the first marten portrait of 2016, captured by the Bushnell around 3am. 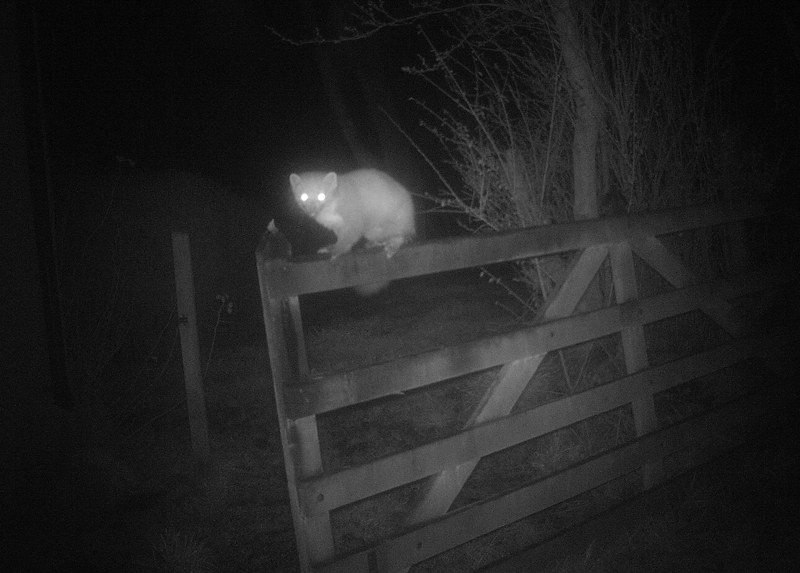 Publishing Update: Memories of a Ben Line Man (book of the month in Sea Breezes magazine – one of many favoured by former seadogs) will shortly be available in the Edinburgh West End branch of Waterstone's after a modest ten copies were dispatched there today. With luck they will be the first of many.