Last night was a notable occasion in the history of City Limits – our last gig with Mike behind the drums (although, as he was at pains to point out, he's happy to stand in for his replacement, should the need arise).

So it was a shame that what should have been A Big Night was an anticlimax.

The first bad news was that Ashley was unable to make her Jacko's debut following an afternoon of illness, reducing the band to its three-piece incarnation. The second bad news was the medium-sized crowd we found in the pub, which rapidly dwindled into a small huddle while we set up. This was no reflection on us, the anxious bar staff assured us, but down to attractions of unique local interest at rival Nairn hostelries.Fortunately, those that remained were keen, especially the couple who'd seen us before and wanted to book us for a fortieth birthday party. Shame that we were already spoken for on the date in question, but they stayed to the bitter end, when the doors were closed early. 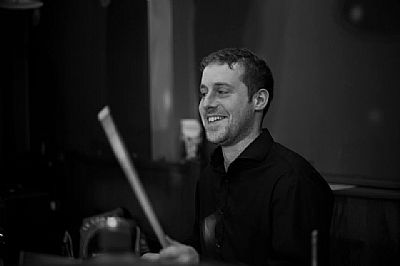 The staff were most apologetic but, being true musicians, we didn't care as long as we were given the full fee (which we were). And despite the lack of atmosphere we had a good time and even played reasonably well.

It's lucky that Mike might have a second chance of a farewell gig as there's talk of a one-hour charity set in Inverness on Saturday afternoon. New drummer Sam can't make it so Mike will be drafted in if the appearance is confirmed. Watch this space.