I've not been playing it cool following the triumph of Black Isle Chatterbox at the Highlands and Islands Media Awards on Friday – a busy morning-after and a 2pm getaway for City Limits' first Perthshire gig meant there was little time for online boasting about our success. (Although the Chatterbox website did quite quickly trumpet the newfound status as Community Newspaper of the Year 2016.)

The evening at the Drummossie Hotel was a riot of bow-ties and glamorous frocks, some of them ill-advised but definitely not in the case of Matchgirl, the belle of the ball, complete in black-and-silver gown and sparkly shoes. I've been given special dispensation to post a photo which is "not the worst photo I've had taken". Her standards are very high. I, of course, think she looked gorgeous. 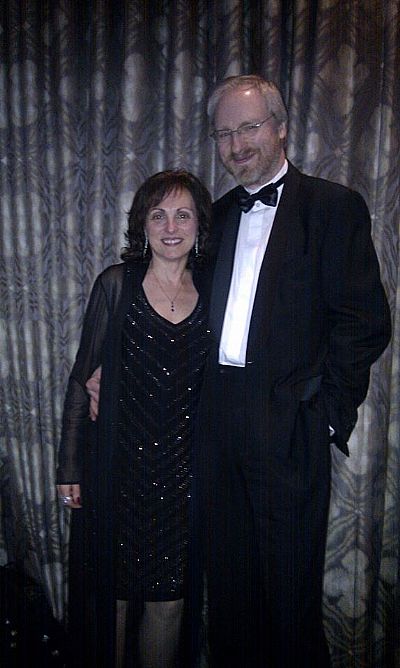 I accepted the disappointingly small trophy (everyone got the same – times are hard) on behalf of the team and had my photo taken with a petite director of sponsor Diageo, hence my Quasimodo-like crouch. What happens to the whisky is uncertain, but possession is nine points of the law and it currently sits on a kitchen shelf. 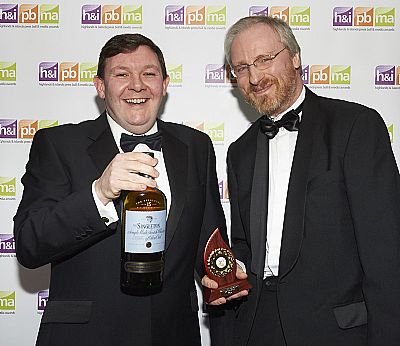 Black Isle Peas, the post-dinner entertainment, warmed up with some impressively funky bass, then opened with a Gay Gordons. I'm sure the musical quality improved later, but neither Matchgirl nor I were keen for a late night so we made our excuses and left, me greeting few familiar faces on the way out. Tales of current industry practice confirm that I'm best out of it. 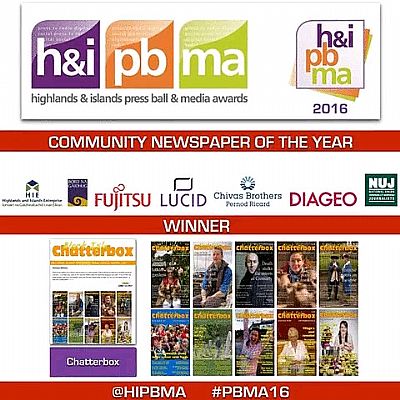 Back home, cats failed to offer congratulations, being more bothered about the lateness of their supper.

The second party night, at Kinloch Rannoch Village Hall, was an equally boisterous occasion where we played for the 40th birthday of local resident Ali, who'd chanced upon City Limits during our so far sole appearance at Hoots and been mightily impressed, as had his girlfriend, Aurelia.

Fortunately, they were still impressed at the end of his party and there's talk of another gig later in the year. The village lost its only pub a while ago so a bring-your-own-bottle do at the hall would be well received by the locals. Now we're big in rural Perthshire as well as Skye.

I'd travelled down by car, the rest of the group finding room in the band van. The last sight I had of them before I left was drummer Mike staggering under the weight of buffet leftovers he'd been gifted by a gullible caterer. Shortly after that, I glimpsed the van's rear lights disappearing in the wrong direction, Keith at the wheel, clearly foxed by the sign at the bottom of the extremely single-track road (via Trinafour) we'd descended in daylight, me in the lead, which falsely claimed that there was a snow risk.

It was 2.40am when I reached the outskirts of Inverness, unassisted by average speed cameras and roadworks (I've yet to learn when the van got there), and beyond three when I pulled into the drive at The Rural Retreat. Even without deducting fuel costs, my 13-hour working day netted well under the minimum wage. Good job I have the glamorous Matchgirl to look after me.

Comment from Soo at 12:18 on 08 February 2016.
It made a refreshing change to see such an glamorous photo on the blog Russell. I am not saying the usual photo's are not good but the one of Matchgirl brightens it up. Surely now she will allow more to follow?
I am sure the whisky went to a good home which ever kitchen shelf it now resides on!
Comment from Russell at 14:25 on 08 February 2016.
We'll see – you know how much she values her privacy!