A Wander With Pandora

So that's Christmas done, not that it was very noticeable inside The Rural Retreat with cards as the only festive decoration. There are now few places unreachable by Willow the Athlete so little is safe. A Christmas tree would last no time at all.

Despite that, we had a relaxing day consisting mostly of TV and eating – little different to most people, I imagine. The weather was such that cats were not inclined to venture too far, even after being told how fortunate they are compared with mogs in the north of England.

We did reach as far as the old steading and cart shed, though such trips are in jeopardy because the shed is to be converted into a residence. Presumably in anticipation of this, our neighbour The Lady Laird (mistress of almost all she surveys from The Big Hoose, including the steading and shed) has had gates placed across the three lanes that lead there – one just a few feet from the turning down our drive. 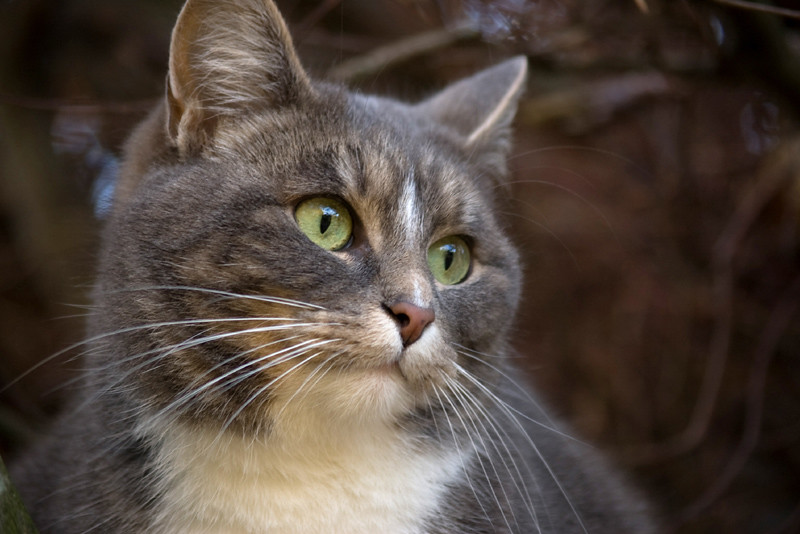 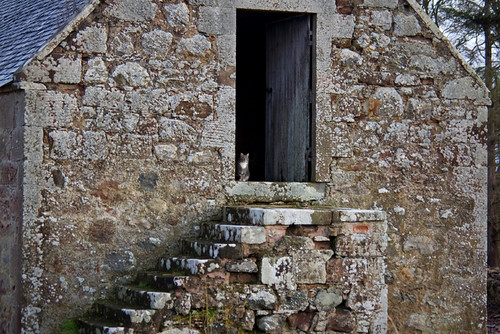 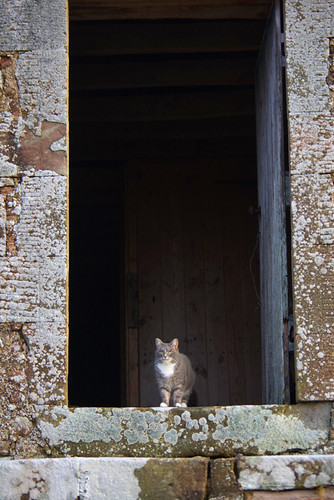 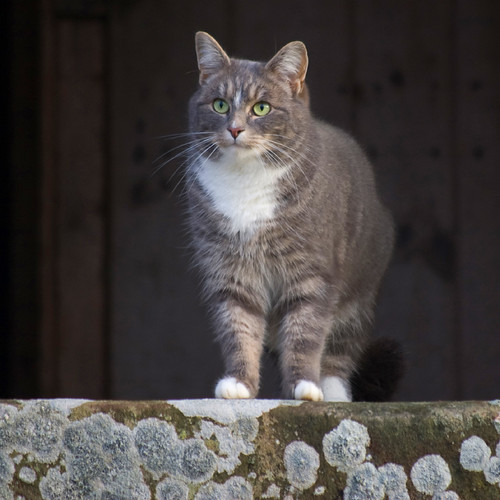 They're not locked (not yet) and can be opened without trouble, but a gate is a psychological barrier as well as a physical one. Our nearest councillor was alerted (by me) which led to investigations by the council's access officer, who confirmed that all the routes are public. With luck, a stern letter from the council will be sent to The Lady Laird in the new year. Meantime, I register my displeasure by leaving the gates open every time I go through them. 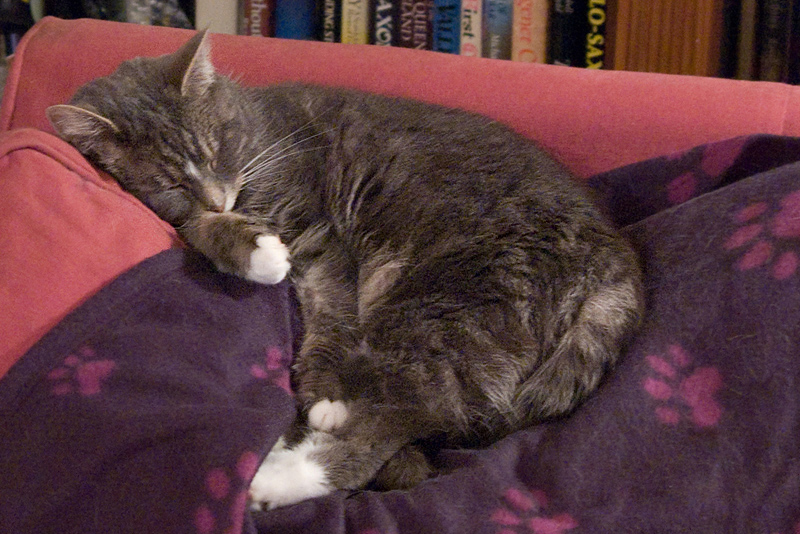