Rock continues to be a precarious business. At the beginning of this month I had four gigs lined up, then City Limits learned its appearance at The Room had never been confirmed and wasn't happening. Now The Strays' date at the Balconie Inn is off because drummer Matt will be stuck in Thurso that night fiddling with servers.

The consolation is that August's four gigs have increased to five with the late addition of City Limits' debut at The Winking Owl in Aviemore on the 30th – playing in the car park for the leather-clad hordes attending the Harley weekend. Could be entertaining.

Also unpredictable is the success of The Gift (available here for only £1.99!) which soared from 218,512nd place to 23,975th in the Kindle chart (its second-highest) two days ago after three downloads lifted sales into double figures. Sadly, no further sales have seen a slide to 86,957th place.

What is predictable is that cats will be a source of drama. This time the patient was Willow, who hurt a paw in a mystery accident (which may have involved scrambling up and down the stair bannisters). Dr Stand-in Vet could find nothing wrong, so antibiotics were administered and an anti-inflammatory handed over. 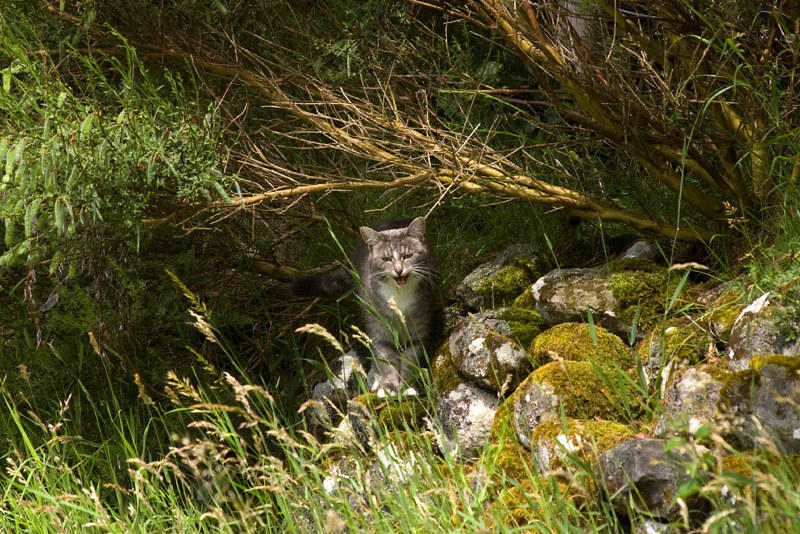 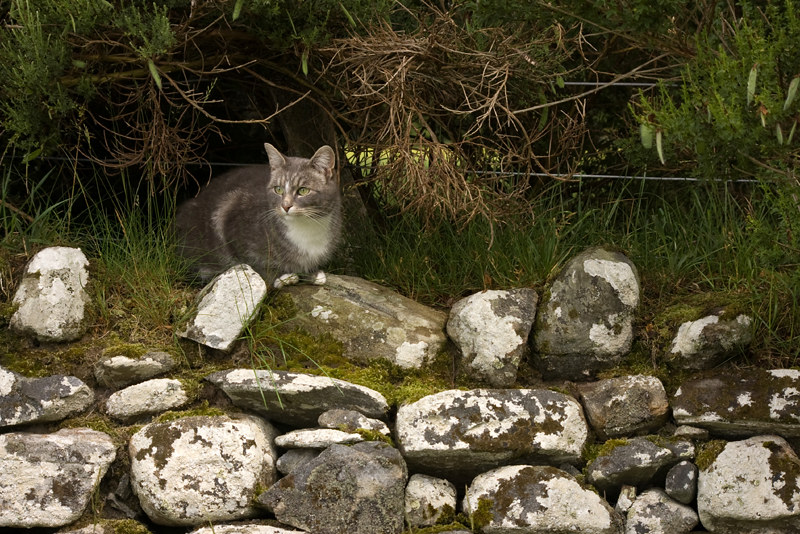 Pandora shouts for attention (left) and attempts to blend in with a grey-and-white wall.

Two days later she's almost back to normal, although she declined to join me, Pandora and Maia on a walk today. Maia, as usual, shied away from the Pentax by The Tabby Terror allowed more snaps to be taken. She's a star. 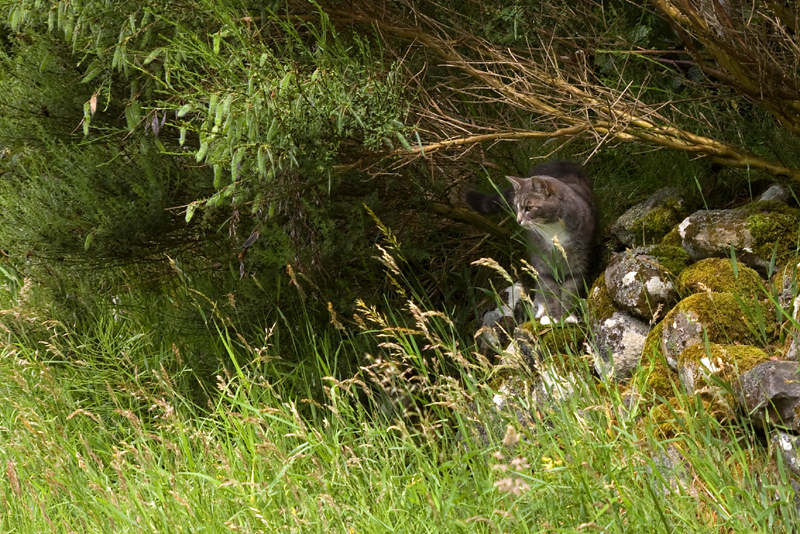 Keeping a close eye on the undergrowth.