Nobody Said It Would Be Easy... 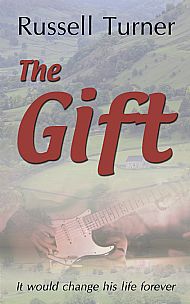 Wimbledon, the garden, some paid work, a City Limits gig and its lethargic aftermath have kept me quiet for the past few days, but not as quiet as sales of my Kindle exclusive, The Gift, which after three weeks has amassed eight downloads. This is disappointing, if unsurprising.

An early high point, when it was downloaded three times on the same day, ranked my tale of love, rock music and a mysterious talent as 13,525th on the Kindle bestseller list out of more than 400,000. Since then it's slipped to 216,717th.

So if you're curious, and have been thinking of spending the £1.99 it costs to find out more about the story, now's as good a time as any. It's the perfect read for a lounger in the garden, a deck-chair on the beach, or huddled indoors out of the rain. You don't even need a Kindle – apps for computers, tablets and phones can be downloaded for nothing.

If you have read it (someone must have), and liked it, a review on the Amazon page would be greatly appreciated by its struggling author.