It's not far off five years since the Great Northern Media Empire dispensed with my services – a decision by the Chief Gnome that I've never regretted (although Matchgirl may have other thoughts). So today's news confirmed that I'm well away from GNoME HQ and the luckless workers who dwell therein – a number that looks set to fall by twelve.

Part of the production process is set to move to India, which is a bold plan from a newspaper group that calls itself local. The sub editors are safe at the moment, but maybe they'll soon be looking for new jobs too, or setting themselves up in self-employment.

However, I was here first. If you're looking for someone to help produce anything from an A5 flyer to a book, brochure or magazine, here I am, wherever you are. It's not just the Indians who can work in cyberspace. And my rates are ridiculously reasonable.

The advantage of working from home means The Pride can enjoy a stroll most days, although there was only a brief window between today's torrents. The bonus was a trio of snaps of The Pride's members, out and about in the garden. 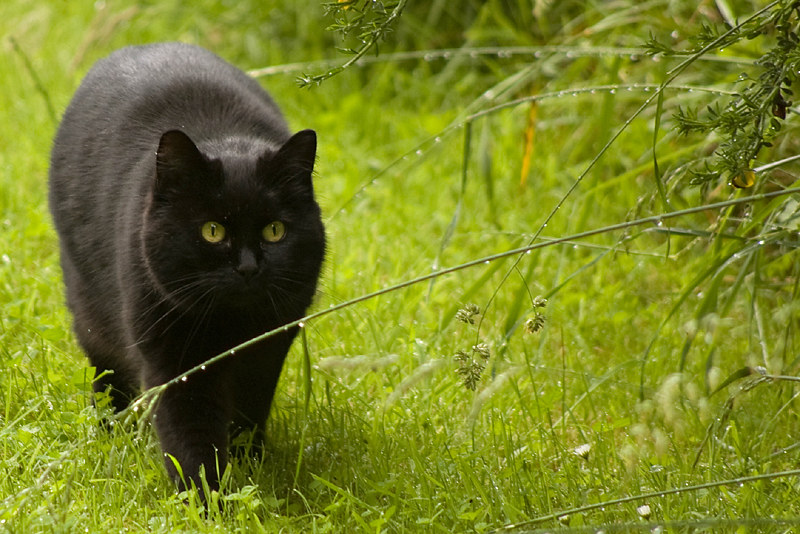 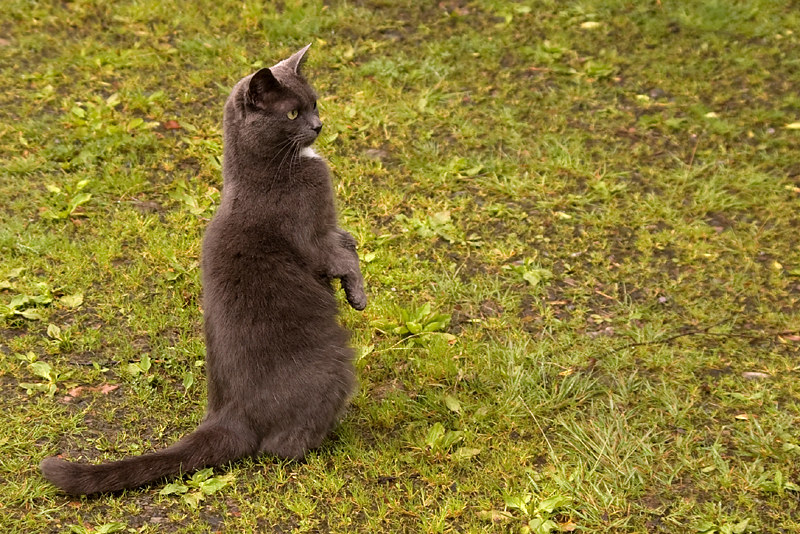 Willow does her meerkat impression. 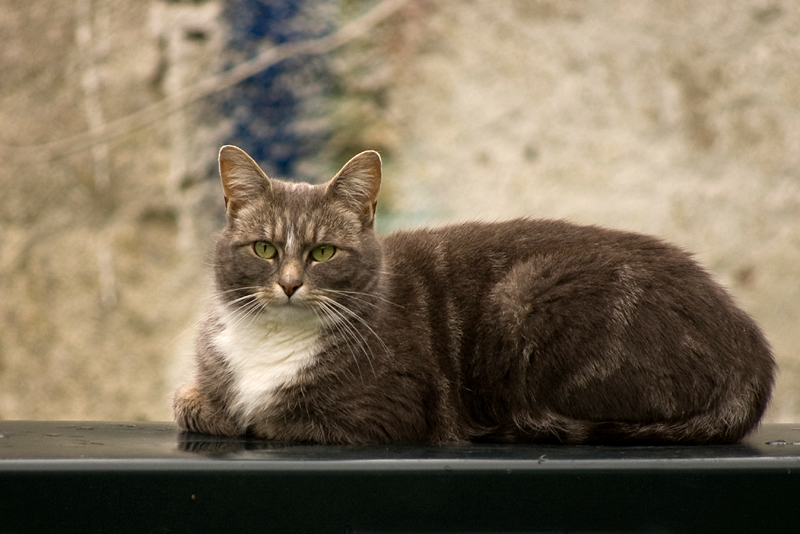 Pandora poses on top of the oil bunker.