Maia is not much of a hunter, especially when compared with the brisk efficiency of Pandora and the wild enthusiasm of Willow. Our black cat will seize anything cheese-related but live prey is much more rare. Her most recent kill was a pheasant – impressive until you learn it was a carcass, snaffled from the kitchen of our neighbour who's yet to repair his cat-flap.

So when I returned from a butterfly hunt (with the Pentax) this afternoon I was taken aback to find Maia and Pandora showing huge interest in one of our flowerbeds and creeping deep into its interior. 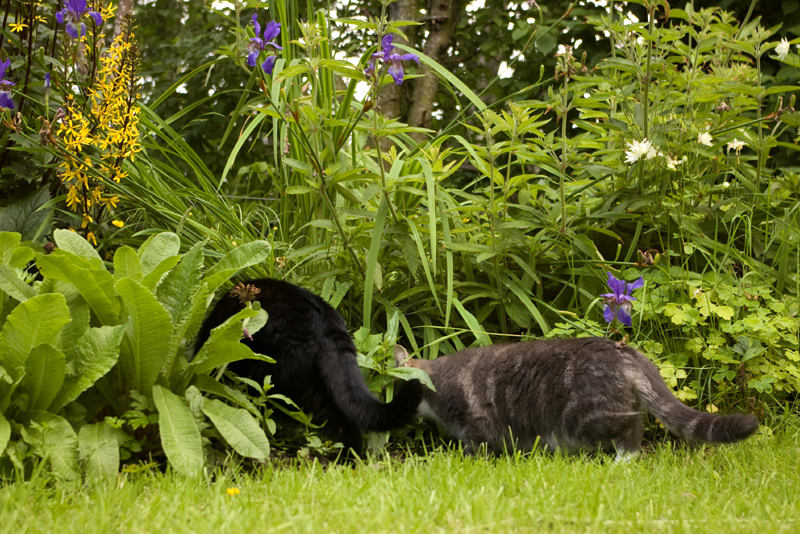 A moment later, Maia darted further into the foliage and emerged with a vole in her jaws which she carried off to nearby grassland. I followed, but the victim was already dead at its murderer's feet. 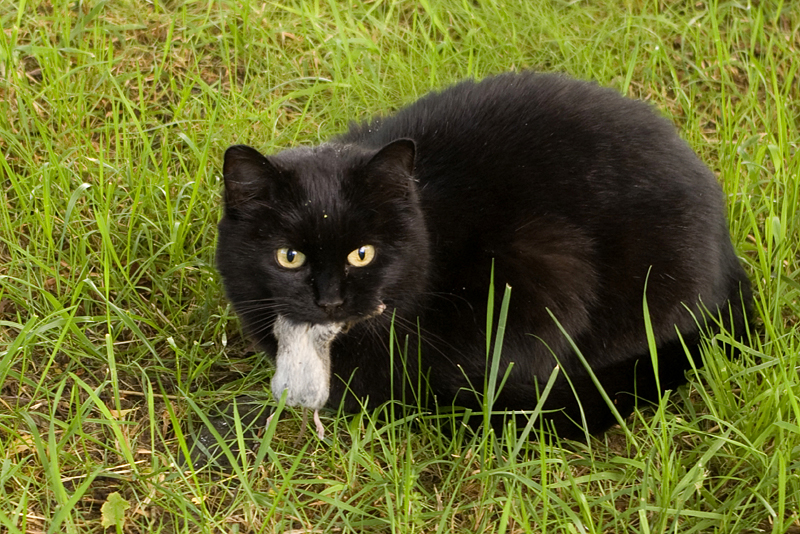 Maia with her victim – definitely second-best to a nice piece of cheese.

The Fearless Ones would have munched happily; Maia was less sure about what to do with her spoils. Instinct had triumphed over conscious thought. I retrieved the corpse which is now on the gate, along with peanut butter and Nutella, to await the attentions of pine martens. (None had visited before yesterday's bed-time.)

Finding hunters amongst the flowers may have solved a horticultural mystery. I'd blamed the flattening of some of our flora on wind and rain; maybe there's a more feline cause.