A Multitude Of Martens

You wait ages for one pine marten then three come along at once...

Matchgirl alerted me to the visit by our mustelid mate (as we thought) at quarter to eight last night – much earlier than recent calls, and before food had been put out. This was a bad mistake.

A peek through the living room window revealed a second marten, then a third, all youngsters, all scampering at high speed around the gate, up to the bird feeders and through adjacent foliage in search of supper, so presumably they knew where to look. Disappointed, they scurried away to neighbouring land. 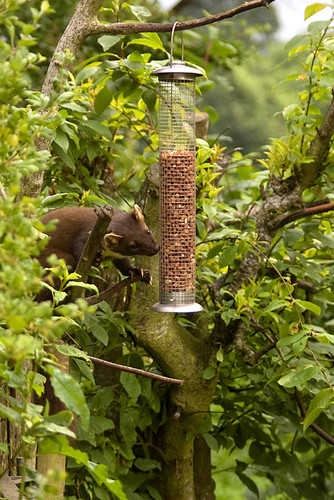 I stepped outside, to wave the Nutella jar at them, but it was too late. They chattered to each other, leapt up and down a couple of trees then they were gone. I'd had time for only a very brief burst of snappery, during which they were never all in the frame at the same moment. Very frustrating.

Marten treats were laid out after they were gone and three hours later another mustelid arrived to enjoy them – the visitor (I guess) who we've seen on his own. By now it was too late for decent snappery. Such is life.

Nutella and peanut butter are out early tonight, in the hope that The Triplets will return. 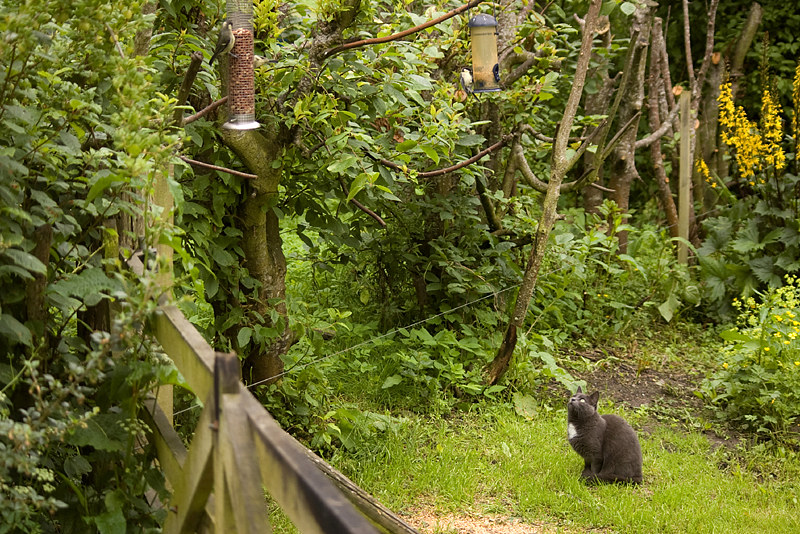 Today the bird feeders were made use of by their intended diners, although they had to put up with some serious scrutiny by Willow, who continues to be the major scourge of garden wildlife. 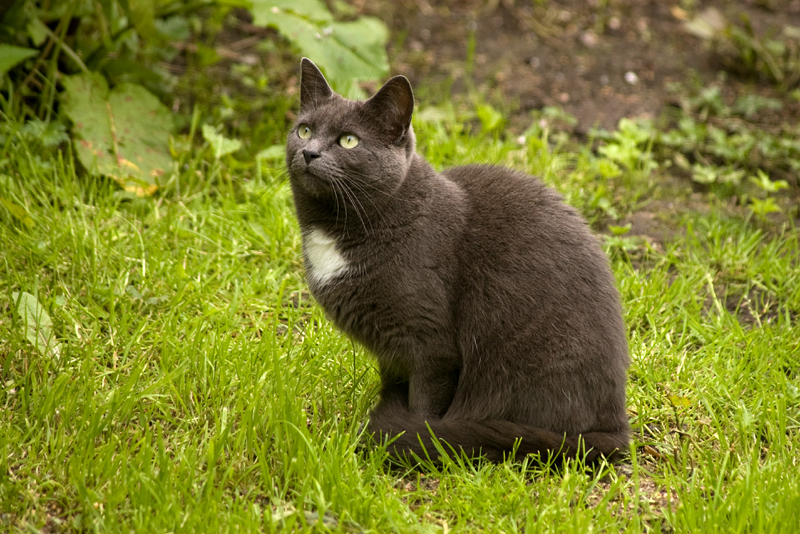 How can such an innocent face hide such evil calculation?