The House Of Sleeping Cats (Again)

It couldn't last. After several days of sun and heat (and the odd consequent downpour) conditions reverted to wind and rain today, much to the disgust of cats who'd grown used to an open door and ambling at will into a Mediterranean garden. Matchgirl and I weren't overjoyed either, especially as Kawasaki San's not been out for a while.

However, the grass is short again and a few (but not enough) branches have been trimmed. Weeds still choke the flowers beneath the willow tree, though. With luck there'll be further opportunity next week for biking and gardening.

So today The Pride practised its sleeping techniques while Matchgirl and I divided our time between books and Wimbledon.

Our marten visited again yesterday evening but gloomy conditions meant that no snaps were worth keeping. As consolation, here are some of Willow enjoying the sun yesterday, and one of Pandora posing in the lane alongside The Rural Retreat. 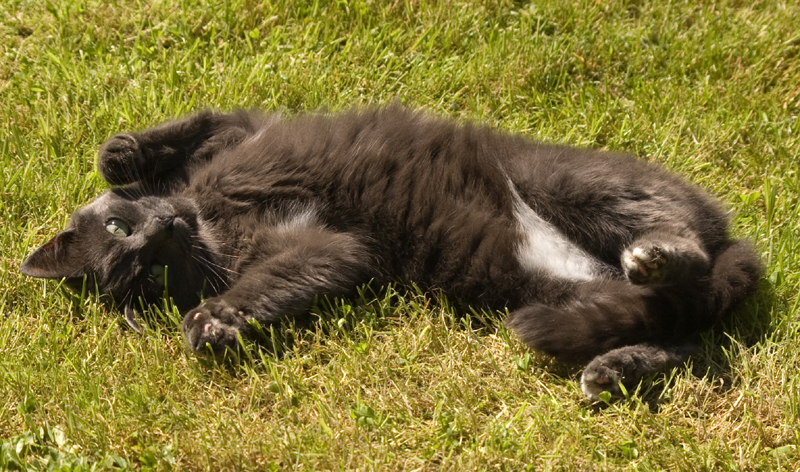 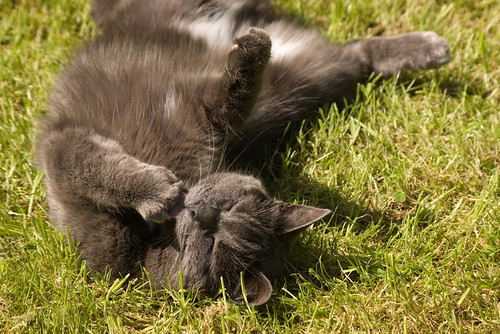 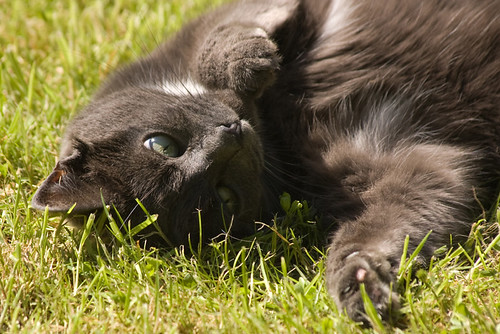 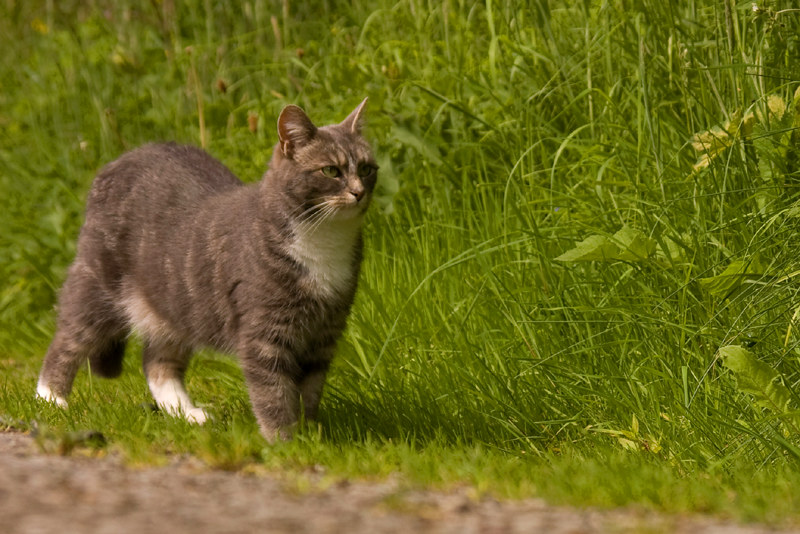