I've become rather lax about leaving out food for pine martens – sometimes there seems little point when Mystery Moggy gets so much of it – but I'll be more conscientious in future. Tonight, around 8.30, we had the year's first (to our knowledge) daylight marten visit.

The visitor looked young, so with luck he's carving out a territory for himself and we'll see him more often, especially if he has a taste for Nutella. Lack of food meant he didn't stay long – just long enough to set the birds a-twitter while he made the most of what was to be found beneath the peanut feeder.

There was no time for snappery, and the miserable, dull, rainy conditions meant that even if there had been the results might have been poor, so here's one from 2009, when sightings had just begun. Today's bedraggled (but sprightly) visitor had a lot in common with yesteryear's subject. 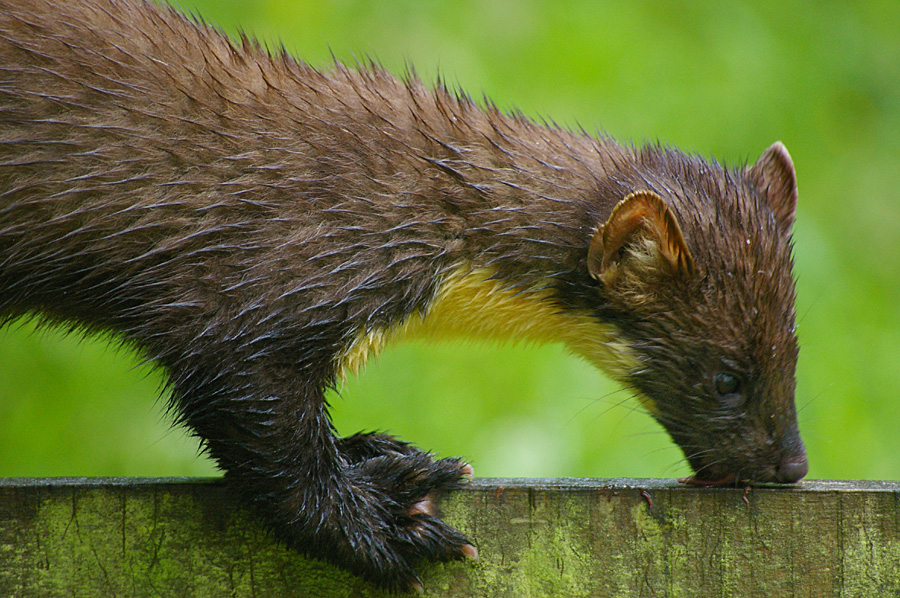