Posing On The Catwalk

The Great Shrew Hunt did not end happily for the intruder (who almost certainly was brought indoors by one of The Pride). This afternoon, after a couple of hours spent brushing up a few songs ahead of tonight’s City Limits gig, I came downstairs to discover a small, sad pile of innards attached to a strip of fur and one leg in the middle of the kitchen floor. The cats have been told many times that shrews are protected by law but they refuse to listen.

More bad moggery was observed on the Bushnell snaps taken last night which showed Mystery Moggy scoffing pine marten food at 11.40pm, twenty minutes before the intended diner turned up. No wonder we’ve yet to see a marten in daylight this year. The prospects are poor.

Earlier today I accompanied Maia and Pandora on a stroll up the lane and back; Willow was absent, doubtless terrorising wildlife elsewhere in or around The Rural Retreat’s garden.

As usual, Maia ran as fast as Matchgirl when the camera was pointed at her (although she does need the exercise – Maia, that is), but Pandora allowed several low-level snaps to be taken by the fingers-crossed method of holding the Pentax a few inches off the ground, pointing in the general direction of the subject and hoping the auto-focus locks on. 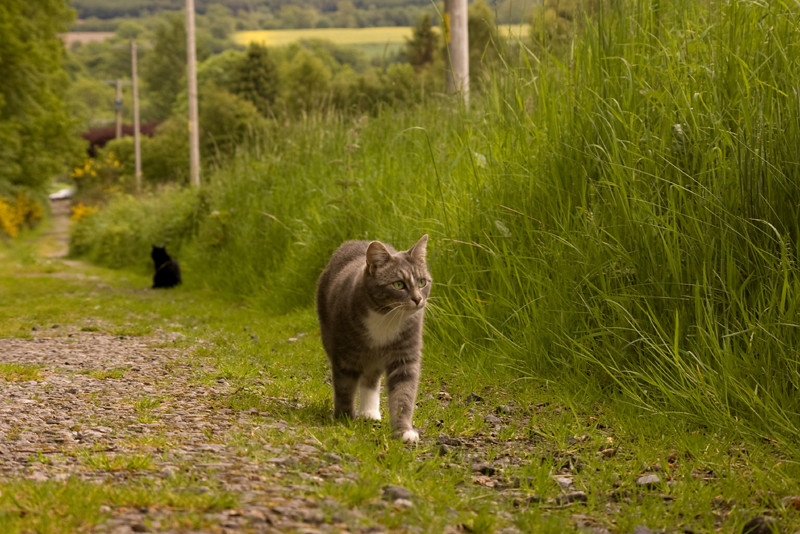 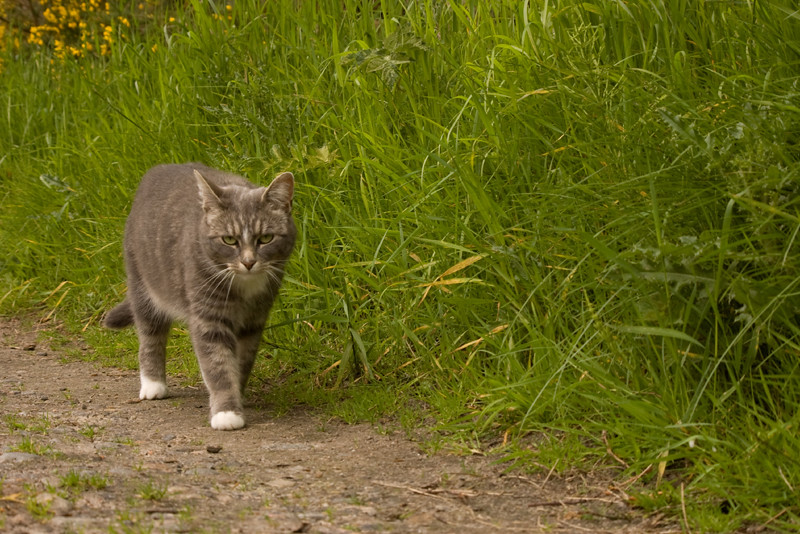 Many out-of-focus snaps resulted, some with missing heads and legs too, but there were also a small number of decent shots that show Pandora striding like a supermodel on her own catwalk. What a show-off. 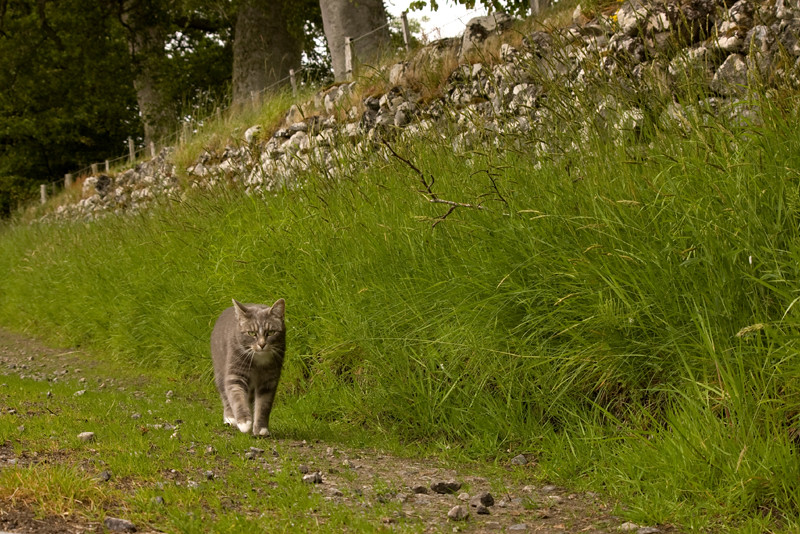