The Ascent Of Great Rigg

Yesterday was a day spent in Son of Seat, reacquainting myself with, and introducing Matchgirl to, Wrynose Pass and Hardknott Pass – a road I've not seen for years, and then on a motorbike. It's a lot more steep and twisty than I remember, even more than Applecross, but quiet. Just as well as I didn't fancy reversing on any of the narrow roads beside sheer drops. Matchgirl was impressed with both road and view.

We accidentally had lunch at Broughton-in-Furness because I took a wrong turn. I intended to avoid the place because it sounded too much like industrial Barrow-in-Furness but turned out to be an attractive, prosperous large village.

“So where are the snaps?” you ask. There were only a handful, is the answer, because driving and snappery don't mix, and none of them worth preserving.

I knew that better opportunities would arise today, for the agenda featured another long-distance (for me) yomp from Grasmere to Stone Arthur, Great Rigg, Heron Pike, Alcock Tarn and back to Grasmere on the hottest, most windless day we've had this week. Matchgirl, navigator and Sherpa, reckoned around seven miles; I think she underestimated.

Despite some steep ascents and precipitous descents it was a relaxing (if strenuous) five-or-so hours, shared with few other people – most were milling around Grasmere, buying fudge, gingerbread and mint cake or dining alfresco in the sun, apart from the gang of Japanese artists lined up outside Dove Cottage, sketching industriously.

After a rest, wash and brush-up we returned to Grasmere, the weather such that I could wear my cool hat and sunglasses for the first time since Menorca, to join the roadside diners at Potted Out (recommended, and nothing to do with Beatrix – it's an offshoot of the local garden centre).

A selection of the day's snaps follows: 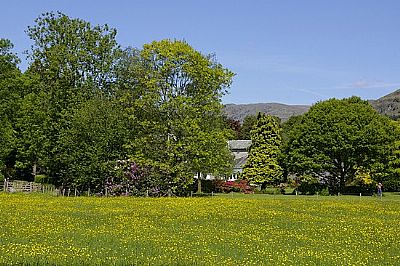 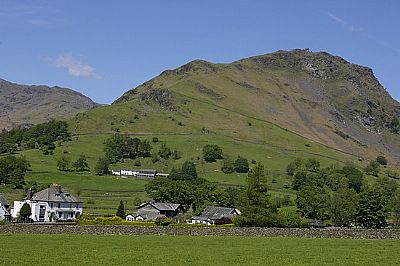 Left: Colours seen from the path out of Grasmere.  Right: The first of the hills we set out to conquer. 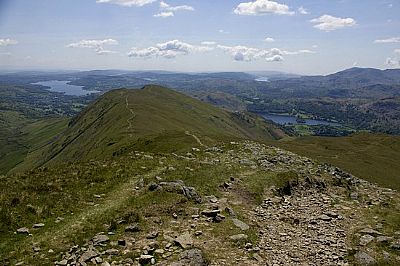 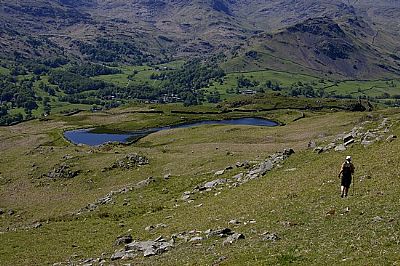 Left: View from near Stone Arthur past Heron Pike. The bodies of water are (from left) Windermere, Loughrigg Tarn, Rydal Water and Grasmere. Right: Matchgirl descends on Alcock Tarn. 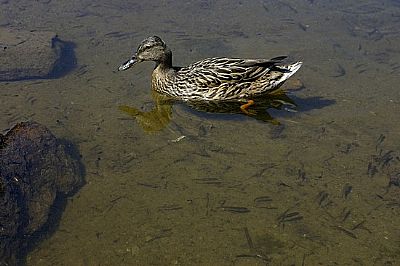 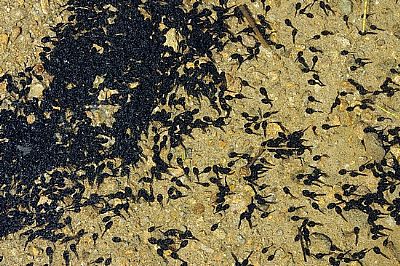 Alcock Tarn may be isolated but boasts lots of wildlife: ducks, fish and huge numbers of tadpoles.