After a lazy day of nothing much yesterday (we are on holiday, after all), today we donned walking boots and trousers and set off on a six-mile loop via Elterwater and back which ended up nearer eight miles because Matchgirl wished to revisit some of the route she covered in her triumphant Gallop.

Conditions were ideal: dry, mostly sunny, mostly windless, and midge-free. Scotland does have its drawbacks. The Pentax came with us and took a few snaps. The best feature below, but don't ask me which hills or lakes they show – Matchgirl had the map.

Back in Grasmere we lunched at Baldry's, as recommended by Cathy and Paul (now back home). Fine food, if a touch pricey. They must have a lot of money in the Wirral. 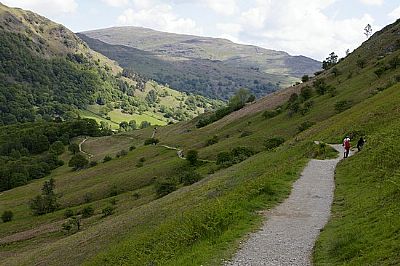 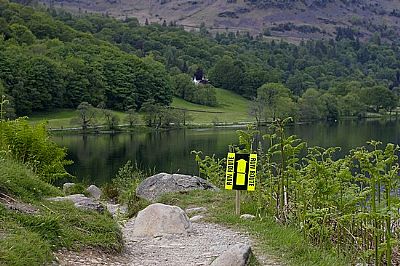 Two of the paths taken by the Gallopers. Matchgirl assures me that a lemming-like leap wasn't involved. 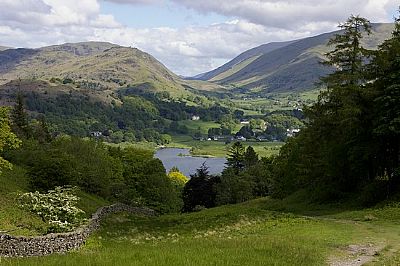 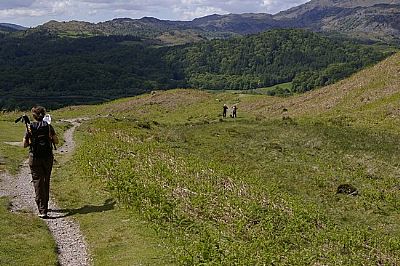 Left: Grasmere (I think) - the lake, not the village.    Right: Descending the path to Elterwater.