After a long day filled with travel, wandering the Japanese-thronged streets of Grasmere, negotiating the cramped and inadequately-stocked aisles of its Co-op, settling into Dove Holme Cottage (our self-catering premises for the next week), exploring part of the Grasmere Gallop 17k course on four wheels, meandering around some of the local back lanes, and meeting Cathy and Paul for a late meal, blogging was a task too many yesterday.

Not that any of that mattered, for today was the big day – the day of Matchgirl's debut as a trail runner (not a fell runner, as Cathy testily pointed out last night, fell-running being of an even higher athletic calibre).

Yesterday, after seeing some of the gradients and a weather forecast that promised 50mph winds and rain, Matchgirl was all a-twitter about her prospects, whether she was capable, whether she should even bother starting. This morning, when the wind had materialised (although not the rain), everything from her choice of breakfast to running apparel was a cause for much debate, as was whether she could abandon the 17k course and divert on to the 10k course if the going was too rough. I listened patiently but offered no comment as it would have been either not heard or ignored. 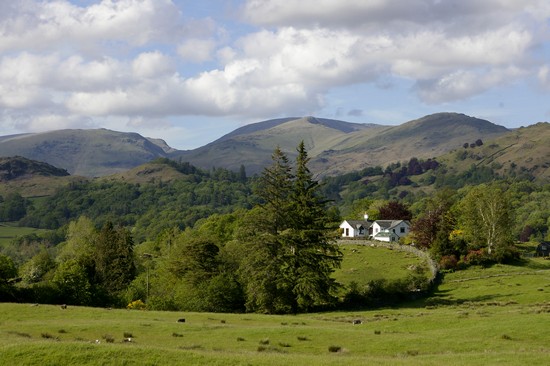 Elterwater, during a moment yesterday when the sun shone.

We found Paul and Cathy on the sports field and a few minutes later the intrepid trio had joined the crowd of runners being led to the start by a genuine Scottish piper. How exotic. When they disappeared I returned the short distance to Dove Holme Cottage where it was warm and windless. The only downside was dealing with Japanese Wordsworth-lovers who kept walking in thinking they'd found Dove Cottage, which is just around the corner. 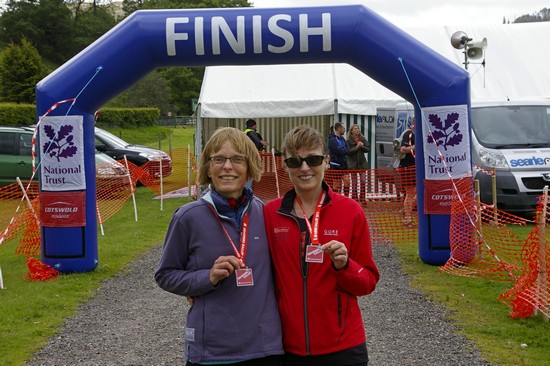 Matchgirl, smiling bravely for the camera, and Cathy with their medals.

However, it was Eeyore who emerged from the finish tent with her medal, not Tigger. She'd walked up too many hills, faffed too much with her jacket, not pushed herself enough... Thankfully, after stretching, shower and food back at Dove Holme Cottage she'd perked up a bit and was considering the merits of trail running (but not necessarily racing) in the Highlands. 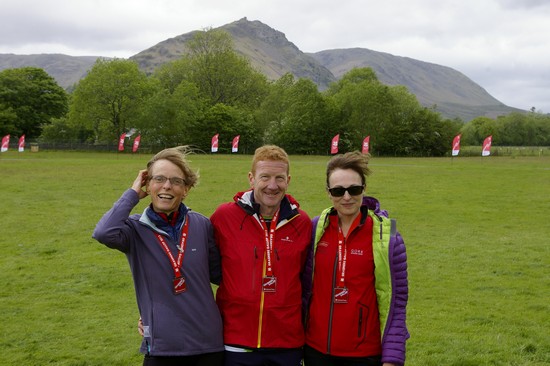 Feline Update: Soo and Tony report that The Pride is demanding food and attention and that Maia's 6am alarm has been reset. Our cats don't miss us at all.