Seduced By The Screen

The weather around The Rural Retreat continues to slip back into winter. Today brought hail and winds chill enough to dissuade me from further garden effort, even though recent rain has assisted elder, dandelions, daisies, docks, buttercups and other horticultural nuisances in their bid to retake the flower beds. This should have left me time to do some solid work on the next edition of Chatterbox, but Breaking Bad is now available on Freeview (we don't subscribe to Netflix etc), and has been filling up our recorder's hard drive, so the temptation to view a few episodes was too great. The hype is justified.

Game of Thrones had also passed us by – a mixed blessing for Matchgirl, lover of all fantastical creatures. She enjoyed the books (I gave up after a few pages) and feared the TV series would be a let-down, but as we don't subscribe to Sky either, and the box sets cost a fortune in dwarfish gold, she was safe from disillusionment. At least, she was until I found the first series for £5 in a secondhand shop. I suspect I know what she'll be doing the week I'm absent in Menorca. The recorder's hard drive is also filled with questing hobbits so they may be freed too.

The turn in the weather has not been welcomed by The Pride, but having little interest in the flat screen in the corner (apart from Willow, who enjoys using it for climbing practice) they still venture outdoors now and again, as Pandora's latest portrait proves. 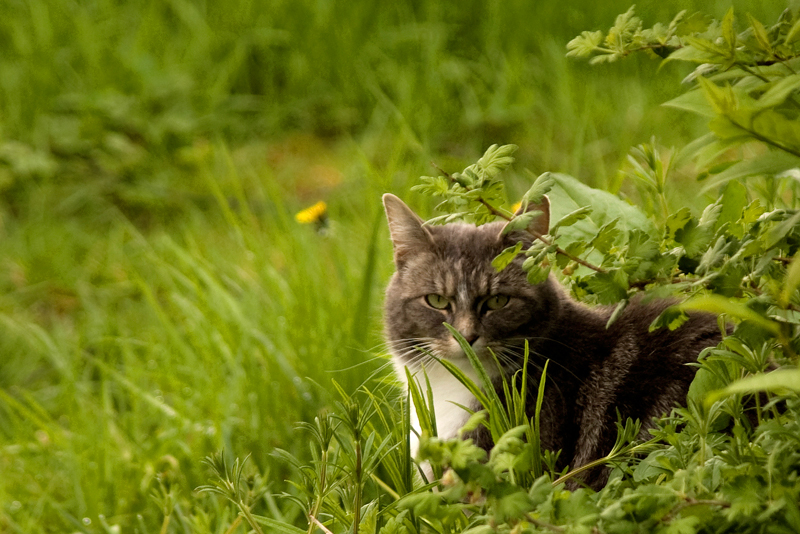 My life's not been totally dominated by TV – the latest Christopher Brookmyre came first. To be accurate, he's now Chris Brookmyre and much less outrageous than in his earlier years, as is his returned hero, Jack Parlabane. The new book, Dead Girl Walking, is a good tale well told, that I read in two sittings, but I miss the old Jack.