Blinded By The Light

The Mighty Wind of '15 began blowing before midnight on Thursday and the power failed sometime after that. Not much sleep was to be had as wind rattled the eaves and windows and ripped through the trees. We could blame the commotion for Willow seeking sanctuary beneath the duvet then curling up against my chest, but that wouldn't be true – The Grey Streak has made a habit of burrowing into bed whatever the weather.

Come the morn, power was still unrestored but we had compensation in the form of half a hundredweight of timber scattered around the garden, a good chunk of it one of the branches from our increasingly ragged willow tree. As we'd used all but half a bucketful of our current stock of coal the night before, woody windfalls could have come in useful. However, before the saw came out I made a trip to Dingwall in search of fuel and comestibles (after setting fire to the last of the coal so a shivering Matchgirl wouldn't perish in my absence).

This proved difficult. Mid-morning, the whole of Dingwall lacked electricity and most shops were closed. At Tesco, one of the exceptions, staff were busy throwing away half the stock because chillers and freezers had been inactive for longer than the law allows. I hope it went to charities, rather than the bin, although they might have had trouble cooking it.

Coal was not to be had from my usual supplier, West End Garage, because that was closed too so I ventured into Beauly where the lights still shone and life went on as normal despite the desolation a few miles up the road.

I returned to The Rural Retreat via tree-strewn roads with 40kg of Fergusson's finest nutty slack in Son of Seat's boot. At home, the candles were out (even on a fine day the cottage's interior can be on the sepulchral side) and Matchgirl had used a saucepan to boil water for tea on the fire's embers. Later, when it became obvious that power would not return to us before dark, her camp stove was retrieved from the outhouse to brew more hot drinks. I did my bit by putting potatoes into the replenished fire. They came out a touch black on one side but tasted fine anyway. 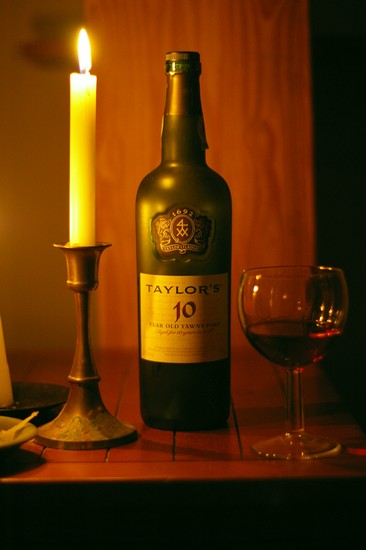 How Matchgirl coped with The Big Blackout

The rest of the evening was spent with books in candlelight and silence broken only by the rumble of the fire, a ticking clock, the occasional grumble of cats and the sound of Matchgirl dialling the electricity company's information number to get the latest update. The news, around eight o'clock, that power would not return to the Black Isle until Saturday morning at the earliest was not well received. An early night was had by all.

The news this morning was no better: 28,000 homes were still without electricity; most would be reconnected by 7pm, some not before midnight. Also, the wind had returned (fortunately to a lesser extent), rain had begun to pool in the garden and brief hail showers fell. What next? Frogs? Locusts? Worst of all, there was an unmistakable aura of camping conjured up by damp, cold, discomfort and unwashedness.

We shouldn't complain. There have been lots of occasions when we've sat in a warm, well lit house and watched TV reports of blackouts and disruption. Now it was our turn – at least we weren't up a pole in a gale trying to repair or replace equipment.

Matchgirl escaped to the bright lights of Inverness, to make use of her gym membership and have a warm shower. I could have joined her as a guest but stayed home to tend the fire, watch the floodwaters and provide comfort for cats who knew that life was not quite as it should be. I expected her to return filled with endorphins and lunch. Instead she came home filled with stress after a fruitless search for batteries, candles, camping gas and food because the shelves had already been swept clear by desperate Black Islers. In addition, enough snow had fallen in the Highland Capital to get her worried. The Retreat saw only a couple of brief flurries.

So we prepared for another evening of quiet and candlelight, and that's what we had until 6.30pm when clicks and buzzes from various appliances turning themselves back on announced that we were back in the twenty-first century after thirty hours in the Dark Ages. And just in time for the new series of Spiral on BBC4.