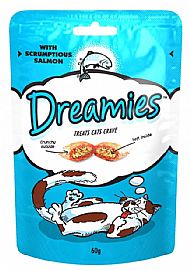 It's not just humans who have access to legal highs – in the cat world they're called Dreamies. The manufacturer must include something special because they're more addictive than crack. Let a moggy munch them once, and that's it.

The Pride is allowed a few every now and then (blame the SSPCA which introduced them to the treats before our trio found a home at The Rural Retreat) so feline eyes took careful note of where the bags of deliciousness were stored, well away from questing paws on the third kitchen shelf. Willow, who's particularly enamoured of the snacks, spent many hours staring longingly at the shelf, just out of reach of a starving cat. Or so we thought.

Yesterday, a kitchen commotion turned out to be Willow, seated on the third shelf, attempting to tear open a packet of her favourite drug. Two minutes after being put on the floor she was up again. This time, after she'd been spoken to sternly, the Dreamies were hidden in a cupboard. Shortly after that she was back on the third shelf, searching for her now missing quarry.

By now we realised that she'd learned to use the microwave as a short-cut to the second shelf, from where she reached the third. A quick rearrangement of shelf contents blocked the route, which allowed Matchgirl and me to relax until more kitchen commotion told us that she'd found a new route to the third shelf – by jumping straight on to it from the top of the freezer. Willow is a determined little character, and even more athletic than we realised. 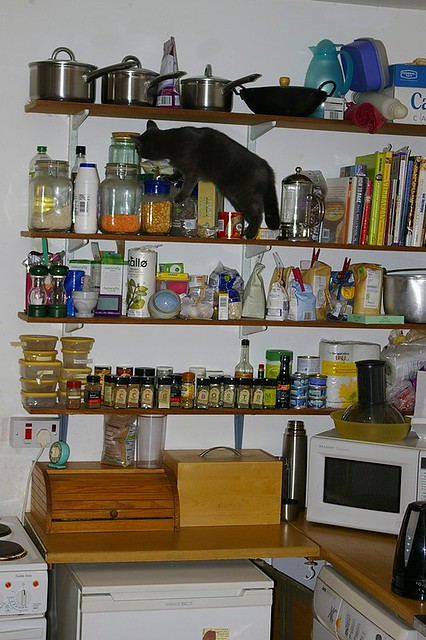 Twenty-four hours later, she appears to have learned that Dreamies are no longer to be found on the shelf. However, it remains a desirable destination from where she can keep an eye on the Retreat's entire ground floor and stairs. A bonus is that she can also look down on bigger cats less suited to shelf scrambling.

Maia watched her with great thoughtfulness this afternoon. If we hear a crash in the middle of the night we'll know what's happened.