And Then There Was One

Three-quarters of City Limits gathered in Invergordon yesterday afternoon for what might be the last major rehearsal before I make my debut with the band on Saturday. More than four hours was spent going through most of the set, very little of which was repeated.

The results, for the most part, were good; neither guitarist Keith nor drummer Mike are worried about us giving a decent performance at the 21st birthday party in Inverness at which we'll be the entertainment (along with a few CDs). Singer Ashley doesn't return from Holland until Friday, so our last opportunity for a full-band rehearsal will be whatever time we can manage on Saturday afternoon.

No pressure, then, especially as all my eggs are now in one basket: I've resigned from the blues band, which was making progress too slowly; the wedding band has collapsed after one get-together, its leading light fearful that it would clash with his other band; and today I was informed that The Strays no longer require my services.

This was inevitable, although surprising that the axe fell before a replacement is in place. Maybe it would have been different if there were any gigs to play. The parting is amicable so a gig as emergency fill-in isn't impossible.

So after briefly being a simultaneous member of four bands and almost bands I'm now down to one, but with the prospect of it being my first regularly gigging band since 2007. It's been a long time. 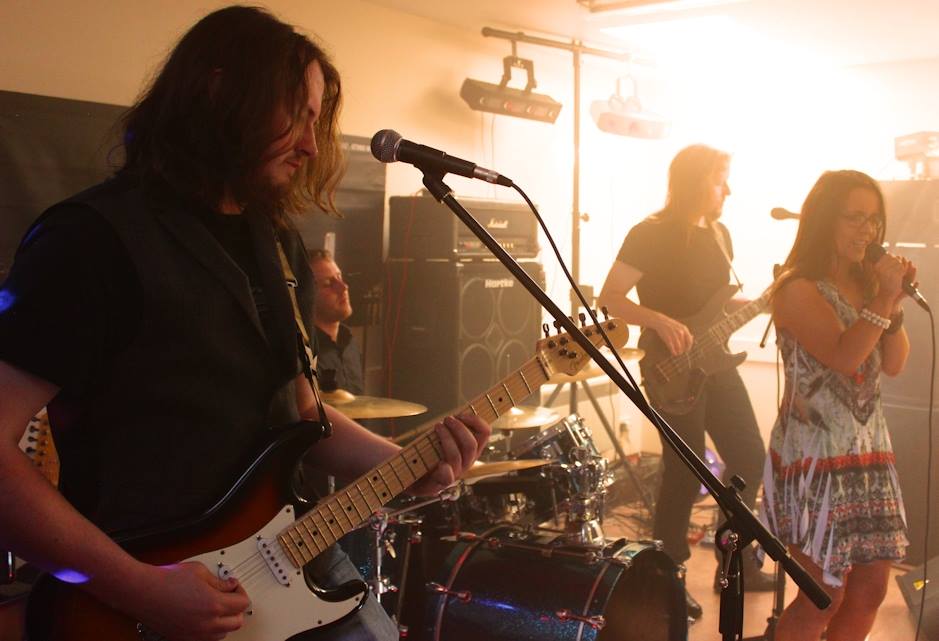 The original City Limits line-up, complete with former bassist Gordon. We might get something new this weekend.