Out On The Prowl

I missed the drama last night. Whilst I marvelled at the AVs presented by Paul Keene at Dingwall Camera Club, two chastened former kittens fled indoors pursued by Mystery Moggy No2 (the big white fluffy one), who then attempted to follow them through the cat-flap.

Maia, who wasn't impressed by any of her fellow felines, made sure MM No2 didn't succeed then stood guard outside after Matchgirl had shooed away the intruder. Our black cat retains her softer (or dafter) side, however. This afternoon, the cat who in the past has brought home broccoli, chips and chop bones (not all at the same time) struggled through her flap and loudly proclaimed her latest capture – a drinking straw. A cat has never looked more proud. 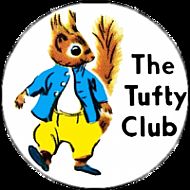 Pandora's impression of a scaredy-cat is rather worrying when her most recent roaming is considered. A few days ago, Matchgirl turned on to the main road (in Agent Cooper) and caught The Tabby Terror strolling across the highway from the track on its opposite side. Why a cat who has acres of garden, fields and woodland to explore should feel the need to cross a road to find more is a mystery, but Matchgirl's fears have now been confirmed. It didn't help that The Tabby Twit didn't run when confronted by the huge metal beast but stood and looked at it instead. Maybe the time has come to enrol The Pride in The Tufty Club.

Two other significant happenings took place over the weekend. On Saturday, Matchgirl and I marked six years of married bliss, although celebrations were postponed because that night The Strays were live on stage, back at the Balconie Inn in Evanton where a fine night was had by all. Our belated celebration may take place this weekend, although nothing's planned. We like to be spontaneous.