My second – and final – rehearsal with The Deeds before Saturday's gig took place yesterday. I've gelled a bit more with the rest of the group but The Big Night could be discordant in places since half the set we've played together only once and some of it doesn't follow the versions I've learned from YouTube.

I'm reasonably relaxed about the prospect as, unless it's a real howler, crowds rarely notice mistakes and forget them anyway if they're having a good time. The guys must be confident as I've been signed up for another stand-in gig in July, back at Brora Gala where last year I made my one and only appearance with The Fumes. It's a small musical world.

I'll need the money. Son of Seat went to the car doctor today and was diagnosed with terminal radiator ague, much to mechanic Richard's distress. It's a big job, and the last I heard he was waiting for a third radiator to be delivered, the previous two both having been the wrong size. There's also a new exhaust and an MOT to take into account.

My hopes of a second Menorca trip are fading as rapidly as my finances.

There was better news from Dr Vet who this afternoon removed Willow's stitches and pronounced her fit and well. We already knew that, as did the mightily squeaking vole I rescued from her in the kitchen earlier today, and the lizard I rescued yesterday. 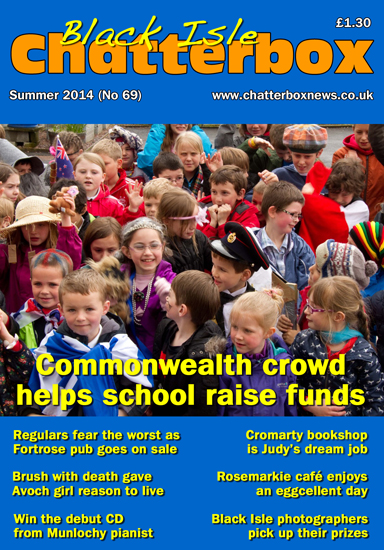 Even better news is that the next edition of Chatterbox is complete and the presses ready to roll. It should hit the streets early next week, if not before. Order your copy now.