The Mystery Of The Missing Moggy

It's not often that Willow doesn't appear for her supper, but her absence last night was unremarkable enough for me to assume that she was out and about in her own feline world. She likes her own space now and then.

But when, unlike Maia and Pandora, she wasn't pestering me for breakfast this morning (Matchgirl being away on a jolly to Edinburgh) I began to worry. Had Mystery Moggy, whom I'd caught stealing pine marten treats last night, beaten her up and left her in a ditch? Had she come off second best with a car? Or a fox?

Or had she sneaked into the outhouse when I was in there yesterday evening to retrieve Maia's carrier ahead of a trip to see Dr Vet for vaccinations...

The squeak of joy she emitted on being freed would have gladdened any heart, yet within two minutes it was as though her imprisonment had never happened. No sulking, no shouting, no clinging, just the usual hearty appetite then back out into the garden. Some cats are remarkably forgiving. 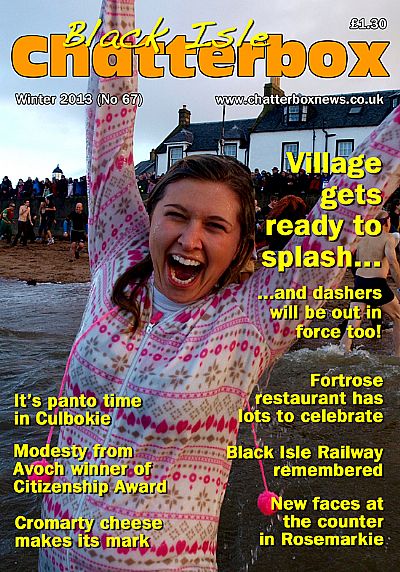 This morning, like much of the last two weeks, was spent creating the Winter edition of Chatterbox. Three cats slept nearby, one ear always open for the sound of the Mac being shut down and moggy munchies being opened.

Work proceeded smoothly, despite Willow's preference for sleeping on my arm, and all is complete bar two pages being held open for a newsworthy event at the weekend. The magazine could be on the street by next Saturday, crammed even tighter than usual with Black Isle news and pictures. Don't miss your copy – a snip at only £1.30.